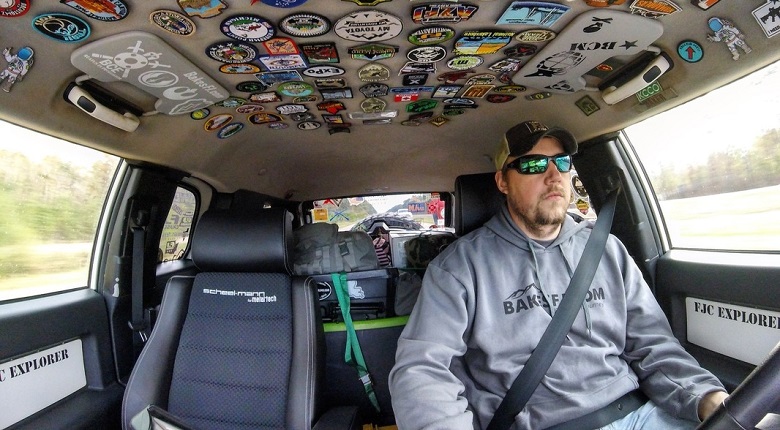 The adventurers of Bourn Adventure from the USA have tested the scheel-mann seats… and we’re excited.

The adventurers of Bourn Adventure from the USA have tested the scheel-mann seats… and we’re excited.

„Some people did not realize how uncomfortable their seats were until they were sitting in the Scheel-mann seats”, that’s how the author and action-lover Baker summarizes his experiences with the aftermarket seats of scheel-mann.

Together with Ashlie he’s the owner of Bourn Adventure – a company from southern Louisiana, which concentrates on travelling the beautiful country and sharing their experiences with others.

Long trips became therefore the standard for both proud owners of a Toyota FJ Cruiser. The only thing, Baker never has been able to deal with, were the uncomfortable seats, the Toyota held ex works. They had backaches. Especially on long journeys and many stops, the legs hurt too. But anytime, Baker didn’t want that anymore. Logically, he did a research on the Internet about aftermarket seats, which however turned out as a test:

„Periodically I would jump on the internet and search for aftermarket seat options for the FJ. Several manufacturers offered great products, but at the end of the day, I decided it was not worth the money or time. That all changed when I was presented with an opportunity to pick up a set of Scheel-mann seats.“

With new scheel-mann seats, which meet individually his requirements, they covered a long distance. Baker has never been that satisfied with a driver’s seat. The only shortcoming, according to Baker, is that the comfort of our Vario isn’t sufficient to sleep in.

In order to ensure the safe, user-friendly and effective operation of the website, we use cookies. By continuing to browse our website you agree. More info Close x